No items found.
Go To Pricing
Product is not available in this quantity.
  Login
Get Started
Growth
1
min read

Programmatic advertising, why choose it?

If you are a publisher and you are online, you probably have come across the term programmatic a 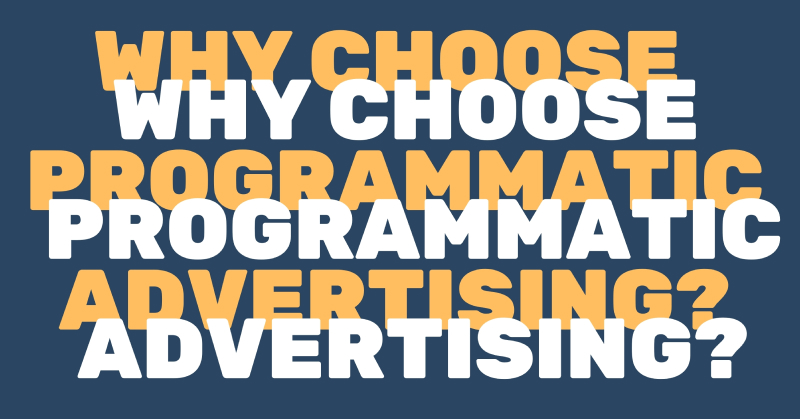 If you are a publisher and you are online, you probably have come across the term programmatic advertising. Programmatic has started to make big waves in the past few years and is steadily taking over the internet.

The start of programmatic advertising

What is programmatic advertising then? Let’s take a walk down memory lane back to the year 1994, when the world’s first banner ad was published by hotwired.com. This is marked as the start of banner advertising. This lead to a rapidly increased popularity of advertising online, but soon there were more publishers with inventory for sale than there were advertisers willing to buy. This eventually led to the founding of DoubleClick, the world’s first ad server, so the supply and demand of ads could be managed in a more efficient way. Not long after this competitors started to pop up and the beginning of programmatic advertising was born.

What is programmatic advertising?

Programmatic advertising is, simply explained, the use of technology to buy digital advertisement units online. Instead of buying directly from publishers or through human resellers, programmatic advertising allows for automated buying and optimization of ads. Human interactions are replaced by artificial intelligence and machine learning. The bidding process is happening either through Real-Time Bidding or through Header Bidding. Header bidding differs from real-time bidding by allowing all ad exchanges to bid simultaneously, while real-time bidding happens one at a time at different ad exchanges.

The targeting capabilities programmatic offers out-beats any other forms of targeting. Bear in mind that programmatic utilizes machine learning and AI, and the amounts of data collected are impossible for the human hand to overpower. With programmatic, you can target based on location, age, gender, income, interests, app or website usage, keywords, context and you can re-target so the ads are shown to the website visitors regardless of what device they are on. You can even choose what time of the day you want your ads to be shown. Only a few of these targeting capabilities would be possible with traditional advertising. A hot topic in the ad tech industry is the cookieless future, which will change the targeting capabilities a bit since personal data is becoming more protected. Read more about the topic in our blog post about what a cookieless future will look like.

It probably goes without saying that programmatic advertising is a lot, and we really mean a lot more effective than traditional advertising. Your advertising team no longer needs to spend valuable time manually negotiating deals, as technology is doing the buying and selling of ads for them on automation. Instead, time and focus can lie on analyzing data and making sure to target and optimize your campaigns to perfection. What’s best, all of this happens in real-time and you can make needed adjustments immediately, and save a lot of time and money. The data and information gathered are also more reliable since it’s derived from technology, and no human errors take place.

In traditional advertising, you can analyze the results of a campaign only afterward when a campaign is finished, and implement your key findings in your next upcoming campaign. With programmatic advertising, you no longer have to wait for the campaign to be finished in order to analyze it. Programmatic offers a real-time flow of data that can be analyzed immediately and needed changes can be made on the spot, in the ongoing-campaign. Real-time optimization is a true game-changer for your ad campaigns, as you can test and tweak while the campaign is running and make the needed adjustments or let an algorithm decide what’s best for you. A/B testing is also possible with programmatic, and you can quickly decide what works for you and what doesn’t.

Taking into account the targeting capabilities, the automation, and real-time optimization opportunities programmatic advertising brings along, you will be able to execute a much better-performing campaign for a lot smaller price tag. Programmatic advertising usually provides, in the long-run, a better return on investment compared to direct selling. You might get a higher price per ad on direct selling of certain ad spots, on certain transactions, but you will be left with so much more un-used ad inventory that nobody is buying that you will lose more on direct selling compared to programmatic. Also, the targeting capabilities play a vital role in the performance of the campaign. Imagine if the ads are being shown to a completely wrong audience, nobody will click on them and both the publisher and advertiser will lose. The fact that you can make changes while the campaign is running is also crucial, as you can save lots of money by tweaking the campaign in real-time.

Programmatic is the future of advertising

Programmatic has changed the way ads are being bought and sold for good. What makes programmatic advertising so unique is that it was created online and adapted to a digital landscape from the very beginning. Programmatic is quick on jumping on new trends and looking for potential to grow. We believe that it’s just a matter of time before programmatic is usable on wearable technology devices, voice-activated technology, and streaming platforms. Programmatic will continue to develop and evolve, the technology and data will only become smarter and more detailed. The ads will become more and more personalized, without jeopardizing any personal data. If you if aren’t yet on board with programmatic, now is the time to get into the game.

To sum things up

As stated, programmatic advertising holds a lot of benefits when it comes to efficiency and performance compared to traditional advertising. It’s next to impossible for a human to deliver the same precision in data and information as machines and AI can, and the automated process of buying and selling ads through programmatic has released more time for humans to focus on maximizing ad performance and revenue, instead of manually handling the ad transaction processes. 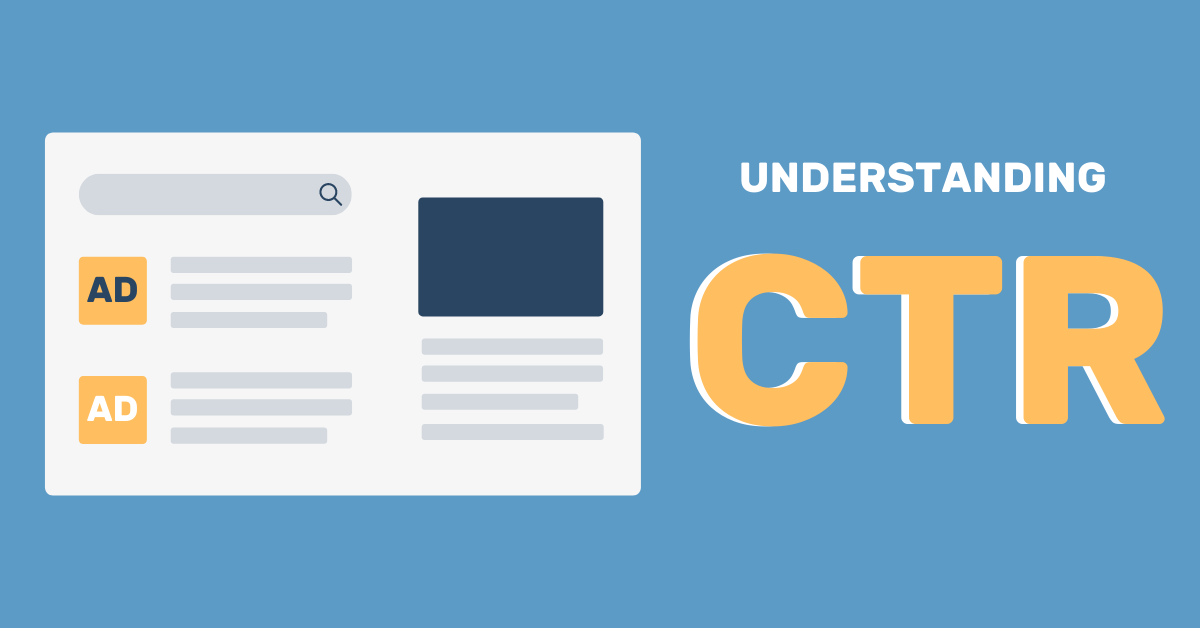 A high click-through rate is something you want to achieve, as it affects your Google ads’ performance and revenue. The question is, how do you manipulate your CTR rate and generate more clicks on your campaigns? In this post, we will go through how to calculate CTR, why it is important to have a good click-through rate, and how you can improve yours. 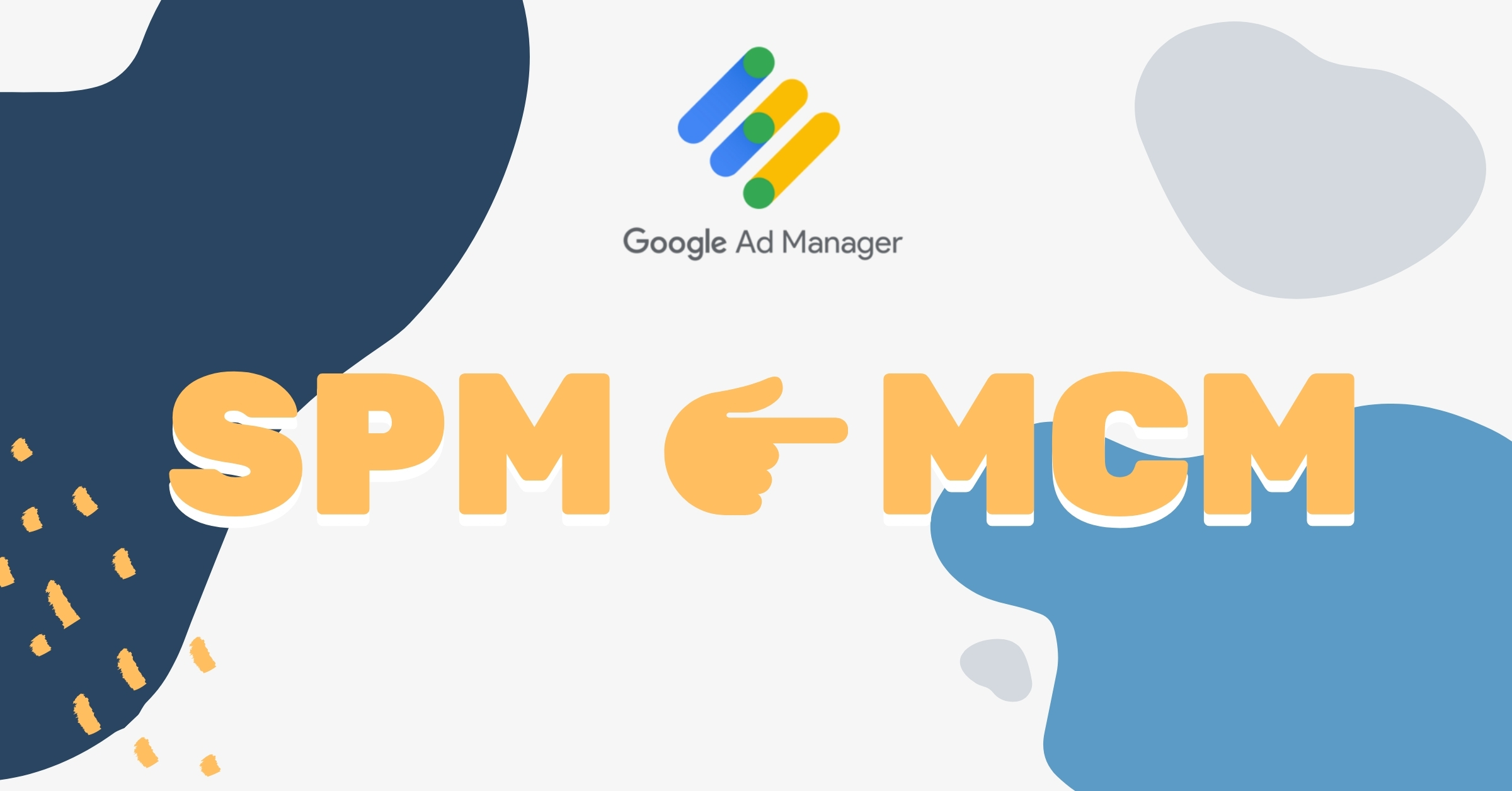 Google MCM - What you need to know 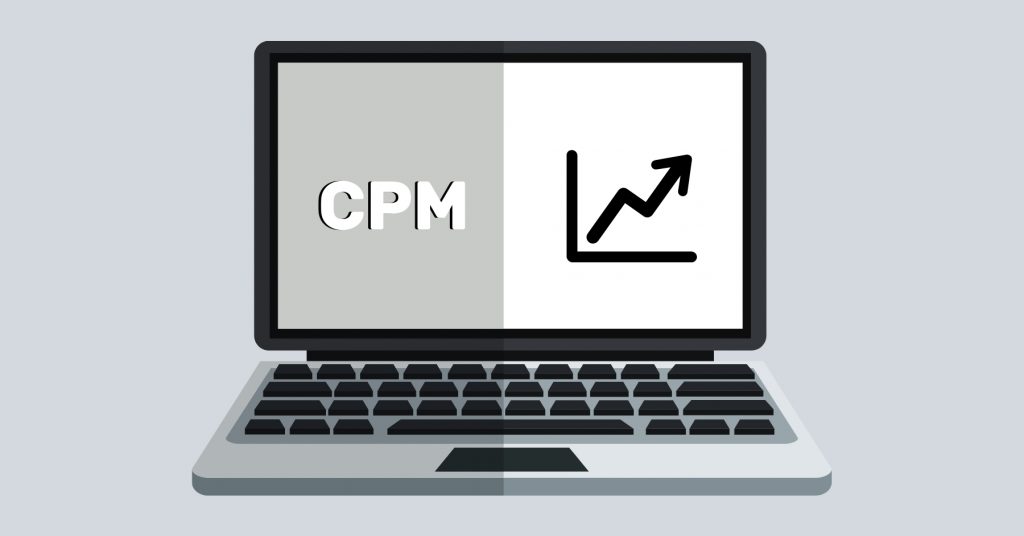 Many publishers are experiencing a slower than usual start to this year. After the glorious Q4 which for most publishers represents the best months of the year, revenue-wise at least, Q1 is often low and slow. The famous January drop is affecting more or less everyone in the industry, but this year it’s taking longer than usual to recover and reach normal levels in terms of CPM and performance.